IPCEI Hydrogen to launch brief funding round in September

Hydrogen technology and electrolysis can play an important role in achieving both the Dutch and the European climate objectives. That is why a new grant round will soon start from the IPCEI Hydrogen initiative. This article describes the Dutch IPCEI Hydrogen programme, the short-term tender round in September, and the further plans.

What does ‘IPCEI’ mean?

IPCEI is an acronym for ‘Important Projects of Common European Interest’. These are grants for particular innovation themes of great strategic importance across Europe. The Netherlands is involved in four IPCEI initiatives related to Health (currently at the preparatory stage), Cloud Infrastructure and Services (CIS), Micro-electronics (ME2) and Hydrogen.

The IPCEI funds are generally earmarked for very large-scale projects (in terms of size, scope and level of ambition). To be eligible, projects must be driven by innovation and ‘excellent’ technology, and they must be based in the Netherlands while at the same time having a significant European impact. Cooperation with partners in these projects is preferred.

About the distribution of IPCEI funds in general

The distribution of the IPCEI funds essentially involves a direct collaboration between the European Commission and the national government of the Member State concerned. The distribution of duties and responsibilities is roughly as follows:

How does the IPCEI Hydrogen work?

The Dutch IPCEI Hydrogen programme is divided into four stages (known as ‘waves’). The first wave, which ran in 2020/2021, concerned Hydrogen Technology Value Chain (HY2Tech). Of the total of 51 European projects, funding was granted to one large-scale Dutch project aimed to create a fuel-cell production facility (receiving approximately 21 million euros in funding).

The second wave, H2Use (formerly known as ‘Industrial Decarbonisation’), to be launched in September, focuses on hydrogen production through electrolysis. The Dutch government previously selected a total of nine projects in 2021, for the European Union’s pre-notification round. Only these projects are eligible to participate in this tender round, which will be open to applications for only a short period of time: from 1 to 14 September 2022. The funding budget available is approximately 783 million euros. Both the EU and the Netherlands Ministry of Economic Affairs and Climate Policy play a role in ranking and assessing grant applications. One of the assessment criteria is the grant amount requested for each MW of hydrogen output capacity.

Further rounds for the IPCEI Hydrogen

What happens after the first two stages (waves) of the IPCEI Hydrogen? The third wave, known as Regional Hubs and Their Links (RHATL), focuses on import and infrastructure projects. A total of 43 European projects (including three from the Netherlands) were submitted as part of the pre-notification round held in April 2022. The Dutch grant scheme will be published later in 2022 and will have a budget of around 600 million euros.

Finally, the fourth and (for now) final wave relates to Mobility & Transport (M&T). The Dutch pre-selection currently consists of five projects that will go through to the EU’s pre-notification round. The national budget has not yet been confirmed at this stage. Note that petrol stations and transport solutions (including vehicles and vessels) are not included in this round. Potential alternatives for support are currently being considered;

new waves may be introduced in the IPCEI Hydrogen process at some point in the future. One example is H2 Capacity (‘IPCEI on European connected capacity projects for feedstock in different applications’). However, the situation is uncertain at present, and it has not yet been established whether the Netherlands will participate.

What can we do for you?

EGEN has extensive expertise in all matters related to hydrogen, including the latest innovative technologies and the most up-to-date funding opportunities. We are your go-to partner for your grant application or innovation process – our experts can help you draft a winning project plan, make complex calculations (financial or technical) and provide trustworthy and professional project and process support. We would be delighted to support companies involved in developing new hydrogen technologies. If you would like to learn more about our services, feel free to send us a message using the contact form below.

The European Commission recently opened the 2022 CEF Transport call for proposals. This call will make a total of 5.12 billion euros available for projects aimed at improving and strengthening Europe’s transport infrastructure. Project proposals can be submitted until...

END_OF_DOCUMENT_TOKEN_TO_BE_REPLACED 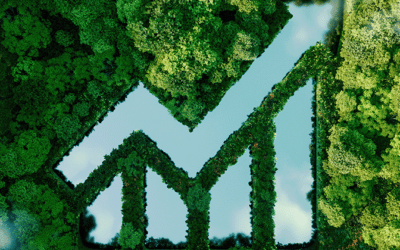 If you have ambitious plans that you believe could significantly boost the Dutch economy’s growth potential, you may be eligible for funding from the Dutch ‘Nationaal Groeifonds’. In early 2023, the fund will be launching a new (brief) application round, supported by...

END_OF_DOCUMENT_TOKEN_TO_BE_REPLACED In 2020, the EU launched its Innovation Fund for European energy and climate projects, supported by a budget of 38 billion euros to fund high-potential, high-impact innovations. Two brand-new calls for proposals are now being prepared. Will you be among the...